The following essay was originally published in JAAPA‘s Art of Medicine section and was part of a series of articles that won a 2018 Clarion Award. 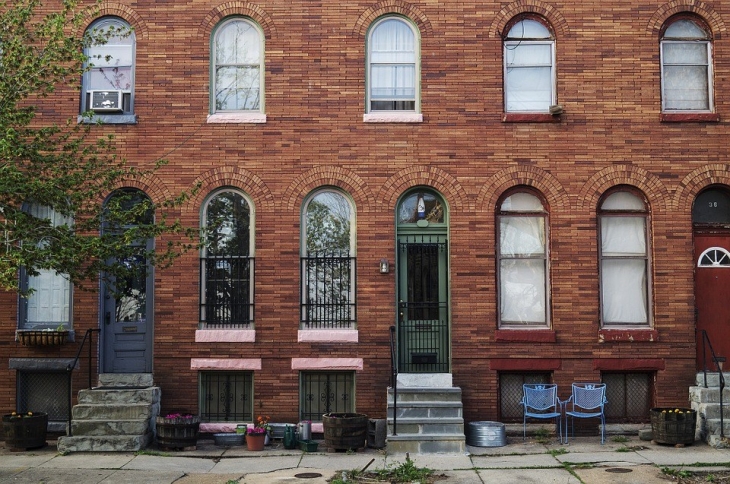 His sole scraped an eternal path along the sidewalk. Another eon passed as the shoe stopped and its opposite twin set forth. Two more protracted steps and the man finally completed his journey from the street curb to his house.

Passing through his neighborhood, I rounded the corner and found him wedged between his front door and the screened door that protected it, his right shoulder heaved against the latter while his left hand gripped the handle of his walker. Thin, wrinkled legs trembled beneath him. His right hand, pinned to his side by the retracting screen door, fumbled in his pocket, a stubborn stalemate that dared the seconds to pass.

“Can I help you with that?” I asked and reached out before he answered. I gripped the handle of the outer door in two fingers and pulled it open. Free of his burden, he straightened but didn’t turn around.

“Why, sure,” he said. His voice croaked out the words like he needed extra syllables to push them from his throat. His hand rummaged through his pocket for another moment before it produced a set of keys. Then, as if the whole ordeal were part of his routine, said: “Much cooler today than yesterday.”

“Yeah, we’ll see if it lasts,” I said and looked around for any hint the summer humidity might invade the morning air. The man lifted a trembling key to the front door, shoved it into the lock, and shook even harder as he gave it a turn.

“Nothing lasts forever,” he said as he gave the front door a push and watched it creak open. He lifted his walker over the front stoop and dropped it into the house with a clang. One flesh and blood leg followed it and then the other. Safe inside his house, he called over his shoulder “Thank you, son,” and pushed the portal closed behind him.

I guided the screen door to its latch, worried the violence of it snapping shut might somehow damage the fragile man inside.

I had seen him before, maybe not this particular man but plenty like him. Wispy and frail, he was upright by the grace of good genes and good luck. Time had eroded all of the silly parts: hair and skin and muscle and youth. It left behind a brittle skeleton walking on a razor’s edge.

I’ve seen the things that can knock him off that edge, too. Plain old pneumonia, dehydration, a simple fall. Banging into a screen door one too many times. My trade is the stuff of his demise.

Sometimes it’s impossible to imagine myself as that man, shuffling along in worn loafers. But I know the 60 years that separate us is no shield of invincibility. Because for every octogenarian traversing a sidewalk there is a 20-year-old speeding down the highway on a motorcycle, balancing on his own razor’s edge.

I continued my morning walk past the old man’s house through an urban sprawl that had, somehow, not yet swallowed either of us whole. Cars and strangers and a thousand unknown perils whizzed past every second like an invisible meteor shower. And most of the city’s inhabitants would spend the day oblivious to them all.

At the end of this walk, however, I would enter a world of tubes and wires, of broken bones and scarred flesh. I would fill my head with every tragedy, consider the fate of every soul pushed from his perch above the precipice. It’s a task that can make one appreciate the beauty of life or fear for its fragility.

But out here on this sidewalk, the sun rose higher through a cloudless sky. The harbor in the distance was glassy and still. And the heat had not yet crept into the morning air.

Harrison Reed is an emergency medicine and critical care physician assistant (PA-C) in Baltimore, MD. He is the Associate Editor of the Journal for the American Academy of PAs (JAAPA) and regularly contributes to the New England Journal of Medicine's In Practice blog. He is the creator and editor of The Contralateral. View all posts by Harrison Reed